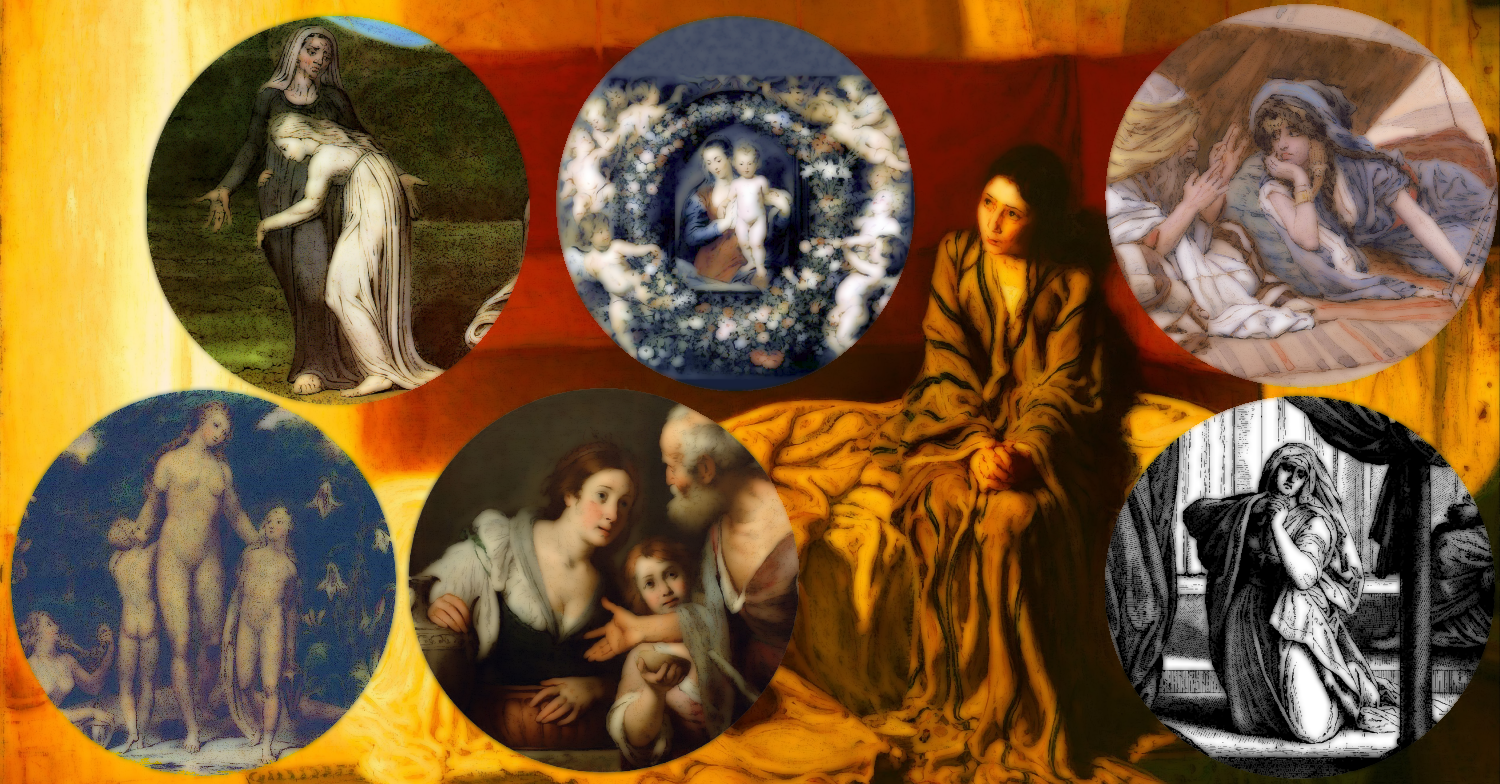 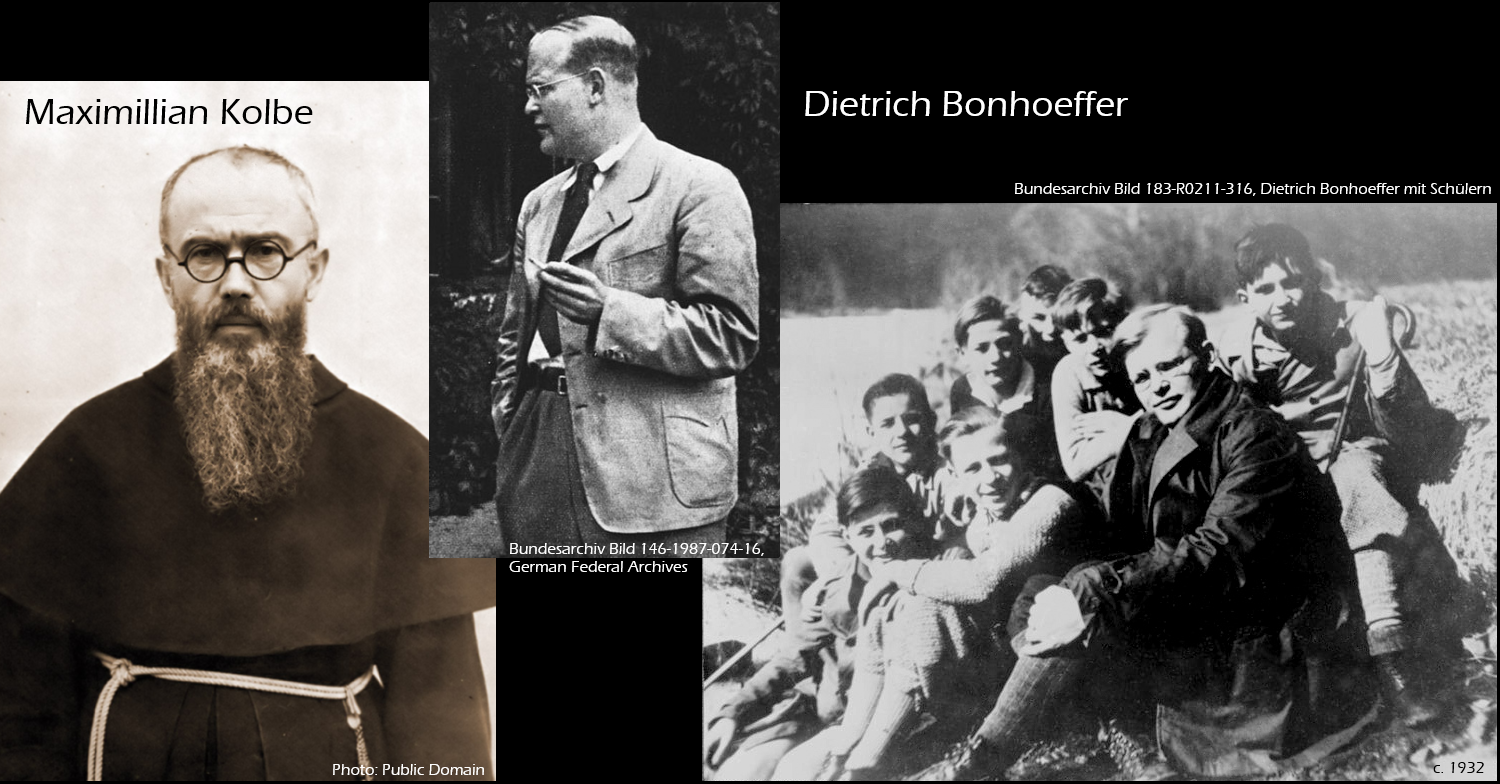 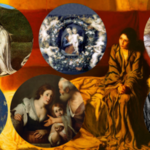 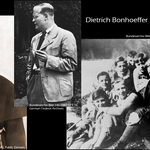 This past Sunday we read that "since we are surrounded by so great a cloud of witnesses, let us also lay aside every weight and the sin that clings so closely, and let us run with perseverance the race that is set before us."

As if on cue, our lectionary provides us with a powerful litany of saints:   August 14: Dietrich Bonhoeffer and Maximillian Kolbe, a Protestant and a Roman Catholic who suffered cruel deaths at the hands of their Nazi oppressors for standing up for God's loving justice.

August 15: The Virgin Mary - Mary is honoured because she was the Mother of Jesus Christ, the Son of God — and because the Gospels testify that she was a virgin when she conceived and gave him birth. Their witness to such a wonder has generated much of the devotion that is paid to her. But it is not the only reason, for the evangelists also portray her as the archetype of all the people of God and the person who leads their praises of the Almighty.

August 16: The Holy Women of the Old Testament - When the Church honours the Blessed Virgin Mary, it is often inclined to view her in isolation and to forget that she was a Hebrew woman. The evangelists, especially Saint Luke, did not make this mistake, but saw her in the light of a long line of women mentioned in the Hebrew Scriptures....These women all had one thing in common: they were people who first appear as living on the edges of their society. For instance, Sarah and Hannah suffered the reproach of being childless in a culture which counted a woman’s worth by the number of children she bore; while Ruth, Bathsheba, and the widow of Zar’ephath were all foreigners in Israel, women from other nations which worshipped other gods. But all became the vessels of God’s mercy and crucial symbols of the salvation that God sought to make for Israel. Indeed, the very fact that they came from the edges of society made them bearers of Israel’s truth before God. For Israel itself was a society on the edges of the world, a nation easily scorned by the more powerful kingdoms round about, repeatedly invaded and oppressed. What set Israel apart was, of course, its covenant with the one true God — and its tenacity in faithfulness to this covenant. Thus, the holy women of the Old Testament symbolized Israel’s faithfulness to God in a hostile world.

August 17: John Stuart - Today we honour the life and labours of John Stuart, Anglican missionary among the Mohawks and the first resident priest in Upper Canada, who died in 1811.   Stuart was born in Pennsylvania and raised a Presbyterian but entered the Church of England while at college and was ordained to the Anglican priesthood in 1770. The Society for the Propagation of the Gospel assigned him to its mission in northern New York, where he quickly won the trust and affection of the Mohawk people. Six years later he and his native flock were overtaken by the American Revolution, and Stuart had a large part in keeping the Mohawks loyal to the British Crown. As a result he suffered many indignities at the hands of the rebels and in 1781 he fled to Canada with his family. Four years later he settled at Kingston, because he was chaplain to the regiment stationed there and it was near a band of loyalist Mohawks. In due course he also became rector of the Anglican parish in Kingston, though for many years, as the only priest in Upper Canada, his pastoral responsibilities extended as far west as Niagara. Even after other Anglican priests came into the province, Stuart still rode a circuit of two hundred miles several times a year, ministering the gospel among the Mohawks and in the scattered Loyalist settlements round about. His preaching was plain and, as the saying goes, straight from the heart; and he was ready to celebrate in the roughest conditions when he saw that the people truly desired the Word of God and the sacraments of the Church. He once wrote that all he wanted was “to lead a good life, preach sound doctrine, and to be industrious and zealous in the discharge of the functions of an honest and upright clergyman.” He more than surpassed this modest ambition, so that today we may join his contemporaries in hailing John Stuart as “the father of the Episcopal Church in Upper Canada.”

May Christ's grace capture us all!