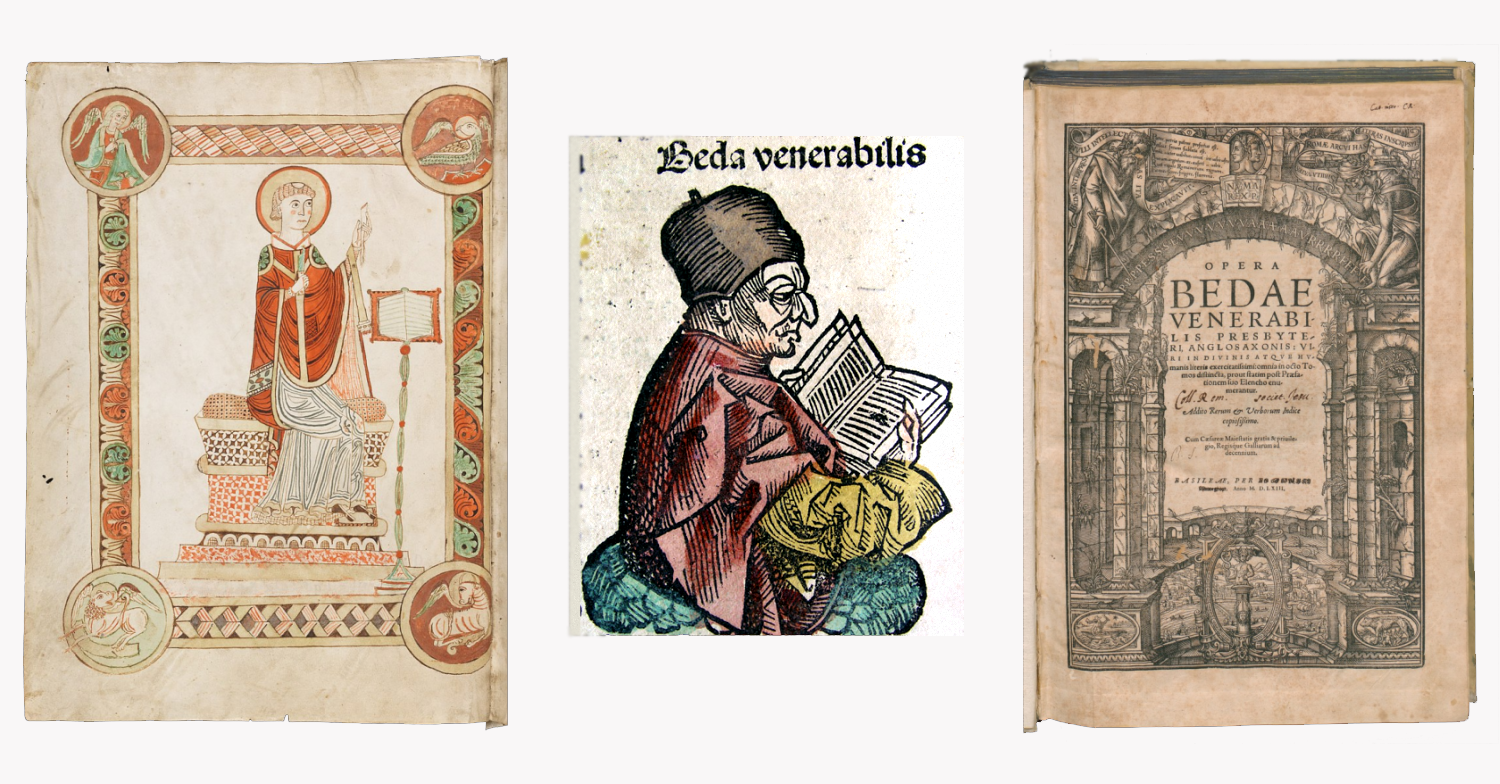 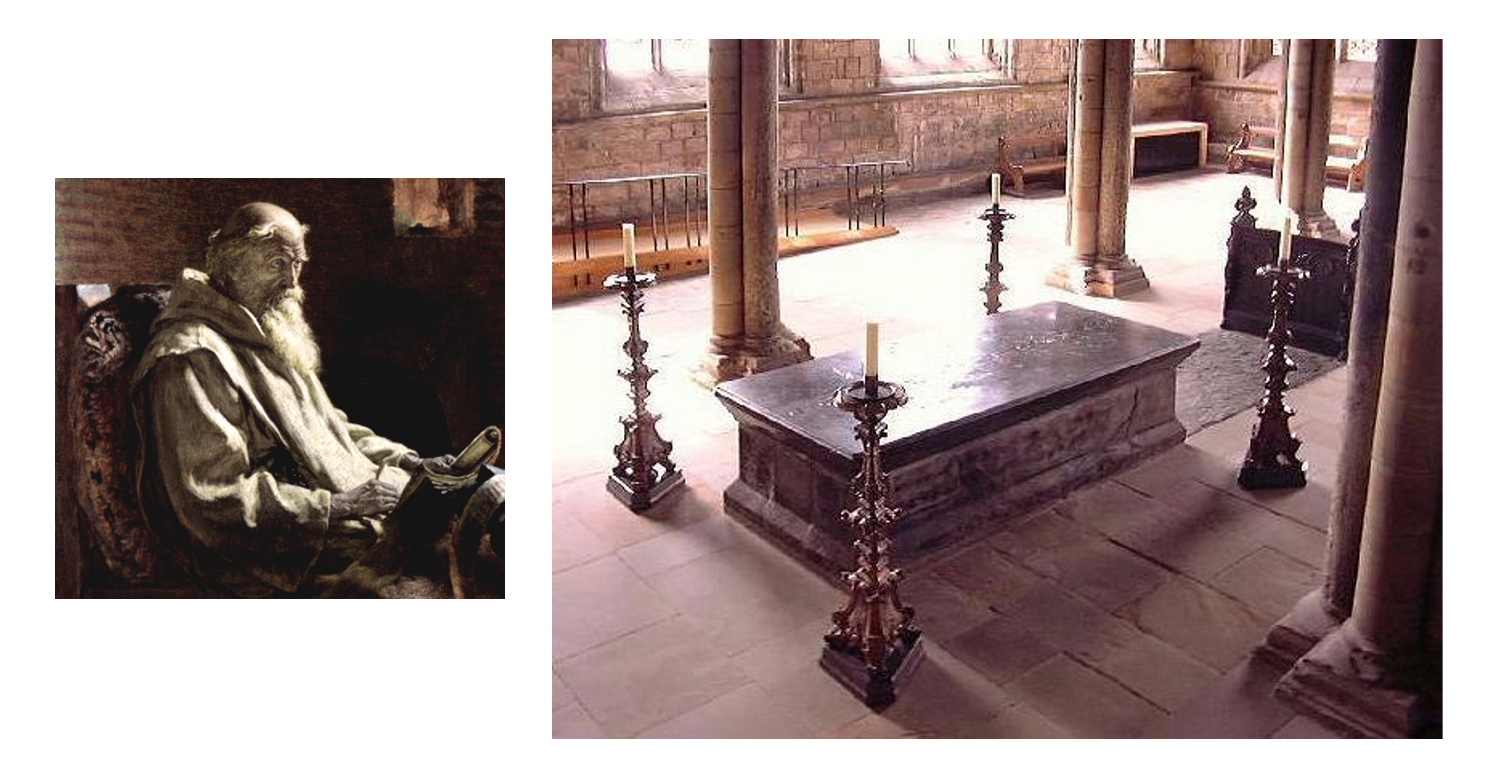 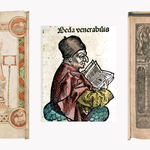 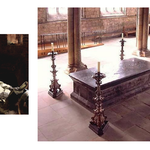 In 2012 I had the opportunity to stand beside Bede's tomb located inside of Durham Cathedral at the heart of Durham in northeast England. Bede was an Anglo-Saxon monk who lived in Northumbria and died in the year 735. He is chiefly remembered as the author of "The Ecclesiastical History of the English People" — a wonderful account of the Church in England from the arrival of the Roman mission through to his own day.  He lived his entire life (from age 7 onwards!) in the monastery and was happy to do so.  He gave himself to historical study and the interpretation of the Scriptures and greatly influenced the entire Church through his riveting accounts of the past.

This quiet, happy monk became ill shortly after Easter in the year 735. Though in considerable physical pain, he kept his mind clear; and as he contemplated going to be with the Lord, his spirit became cheerful. He died on the eve of Ascension Day, May twenty-fifth, as he gently sang these words to himself: “Glory be to the Father, and to the Son, and to the Holy Spirit; as it was in the beginning, is now, and ever shall be .... ”

He is one of my favorites.  At one of my previous parishes (St. Aidan, Moose Jaw, SK) we would celebrate our saint day by enacting a scene from Bede's book, 1300 years after he wrote it!  The work we do in delight and in service to God outlasts us and continues to mean much to the world!

The Church isn't "plans" it's each of us, using our gifts, talents and treasure in service of God, and as we do so we find ourselves ushered into the delight that Bede experienced in his life.  May it be so for each of us!

Jul 31
Stress and the Divine Life