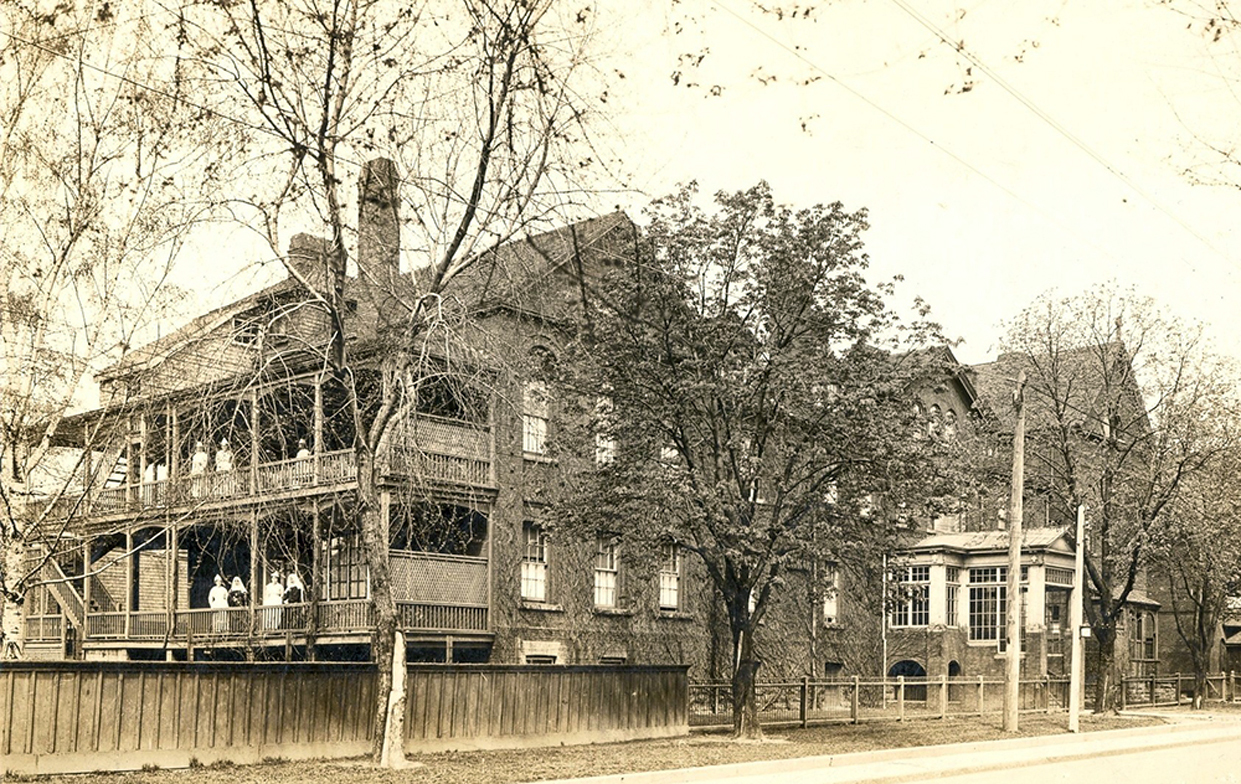 It is with joy and gratefulness that I can say that Denise and I are getting ready to board a plane in a few hours and return to Canada.  Due to our unexpected Covid quarantine, our journey will, by its completion, be one day shy of four weeks.

I look forward to reconnecting with you upon my return. Unfortunately because of a commitment to lead the St. Thomas Annual meeting on the 20th, the first Sunday I will be back will be the 27th. I will, however, be in the office the week of the 13th.

With an eye to what we've just experienced and with thoughts and prayers for all healthcare providers, I offer the text from our liturgical calendar for yesterday, Feb 9th. Another reason to highlight this entry is that Hannah is one of the figures in our calendar who is a born-and-bred Canadian.

The Sisterhood of St. John the Divine is an order of Anglican nuns founded in Canada in 1884 and dedicated (as its Rule states) to “personal sanctification and active charity.” Today we remember Hannah Grier Coome, who was its founder and first Mother Superior.

Born in Ontario, she married an Englishman and spent most of her married life in Britain. In 1877 her husband’s business sent him to Chicago, where he died of cancer the following year. Mrs Coome remained in Chicago for another three years, then decided to return to England and try her vocation as an Anglican nun. On her way back she visited her family in Toronto and discovered a group of Anglicans who wished to found a Canadian sisterhood. She accepted their invitation to take the first step and performed her novitiate in the United States.

Mother Hannah returned to Toronto in September, 1884, and launched the Sisterhood of St. John the Divine. She and her new community initially faced a good deal of harassment, but their work during the Riel Rebellion, serving in the government’s field hospitals, overcame these prejudices. The Sisters eventually founded a hospital of their own, where over half their patients received medical attention free of charge. Later they established a nursing home for the elderly, one of the first in Canada, and took charge of a school for girls.

Mother Hannah guided these enterprises, and the everyday life of the Sisters, with holiness, practical wisdom, and a sense of humour that pierced high-flying pretensions and unseasonable gloom. She retired from the office of Superior in 1916 and died on Ash Wednesday five years later. In her life she learned to be a light which kindled righteous deeds in others, and her community continues in the same work to this day.